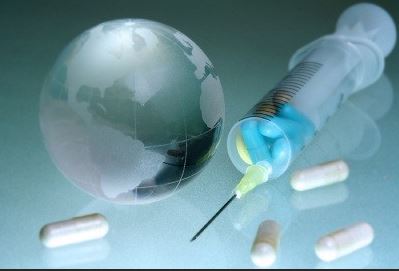 The United Nations has observed June 26, 1987 as the ‘World Day Against Drug Abuse and Illicit Drug Trafficking’ in view of the growing rate of drug abuse in the world and the urgency of the global fight against its growing drug trafficking. However, the number of drug addicts worldwide seems to be declining during this period. Addiction in modern world has too many different parameters as compared to the old days.

According to the latest World Drug Report, the number of drug users in the world is currently at least 35.6 million. One-third of these diagnoses are women. In particular, drug addiction is more prevalent in developed nations than in underdeveloped nations. According to a survey conducted by the Indian Ministry of Social Justice and Empowerment in 2019, at least 4 million people in India were addicted to cannabis and 5 million to cannabis or marijuana addiction. Around 51 lakh people in India addicted to inhaled drugs. These include drugs such as cigarettes, marijuana, cocaine, and other substances inhaled, such as gasoline and whitener.

That is to say, there are about one crore 41 lakh drug addicts in India. Of these, 50 per cent are from nly five of the 28 states in India. On the other hand there are 4 states which have the highest number of drug addicts in terms of population density. Unfortunately, some state governments are lifting liquor ban, just to get revenue by ignoring the drug crisis.

In an Internet-friendly and communicative world, the scope of addiction is beyond drugs and alcohol. There is also strains of behavioral addiction. The current psychiatric classification system also includes gambling and virtual computer games. These addictions reduce the efficiency of the working manpower and cause great loss to the society. Not only the individual but also the surrounding society is equally responsible for this global catastrophe.

Back to World Scenario

Unfortunately, only one in eight addicts in the world treats this condition. What could be the reason for such a disturbing mood like intoxication? One may also wonder what exactly does the addict get from the consumption of those substances? or even what is your role as a society? These questions certainly need answers. Dr. Gabor Matte, an American physician and author, states: ‘A person’s addiction does not develop in isolation. The development of a person’s thoughts and brain takes place through constant interaction with the surrounding environment. Indoor and outdoor environment, other mental or physical illnesses as well as heredity are also one of the reasons for the increase in this disorder. Technological leap is certainly a main reason for addiction in the modern world .

One common denominator of all these drugs is that they increase the craving for these substances. Their common property is that all these substances cause such changes in the hormones in the brain that they relieve the human suffering for some time. Many people use these drugs to alleviate this mental instability and the resulting stress. They consume drugs until they become unconscious. Despite knowing the side effects of all these, the person still feels that these substances in a way gave him the courage to face traumatic situations.